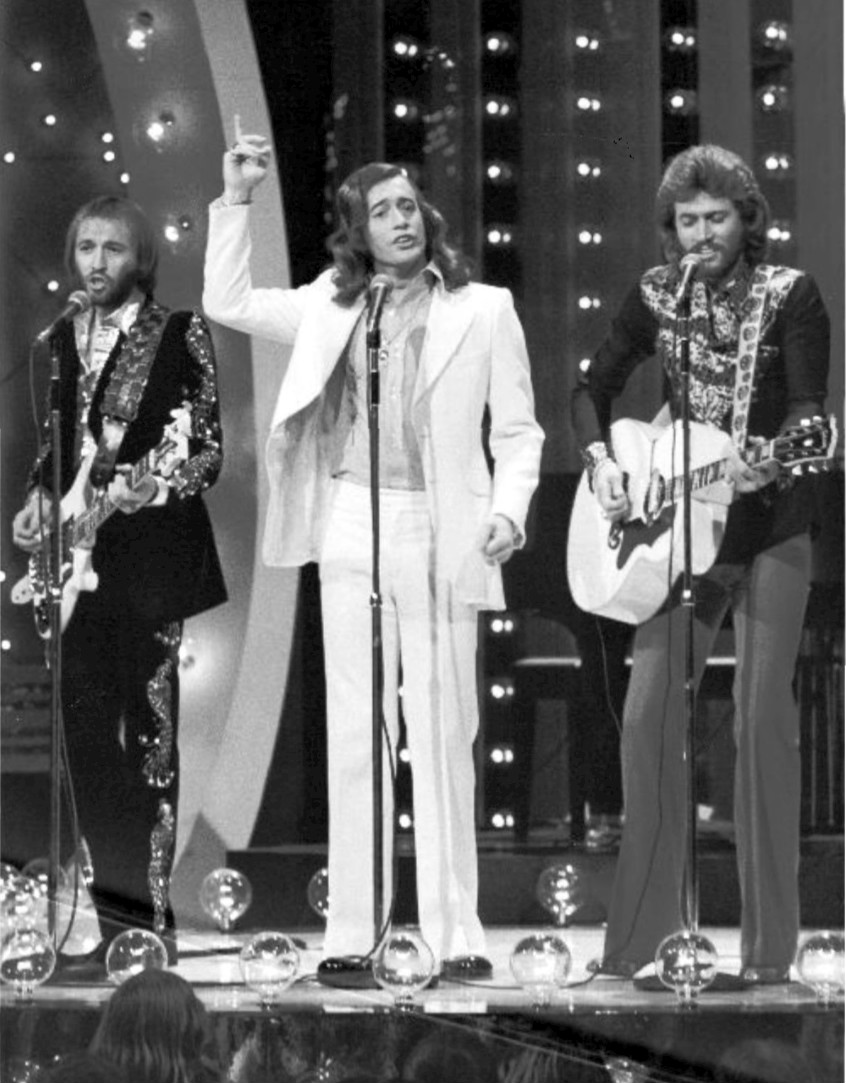 The Bee Gees were a musical group founded in 1958. The group's line-up consisted of brothers Barry, Robin, and Maurice Gibb. Born in the Isle of Man, the Gibb brothers moved in the late 1950s to Australia.

The three brothers reunited in the later part of 1970. In 1975, they eventually crafted more rhythmic disco songs, like "Jive Talkin'" and "Nights on Broadway." The album Children of the World (1976) included the single "You Should Be Dancing".

In 1977, The Bee Gees participated in the creation of the Saturday Night Fever soundtrack. Three singles ("How Deep Is Your Love", "Stayin' Alive", and "Night Fever") reached No. 1 in many countries around the world.

Following Maurice's unexpected death in January 2003, Barry and Robin retired the group's name. Robin died of cancer in May 2012.

Barry Gibb is the eldest and last surviving Gibb brother.

The Bee Gees' career record sales total more than 220 million, ranking them among the best-selling music artists of all time (...)

Some Bee Gees songs may be found from this page.