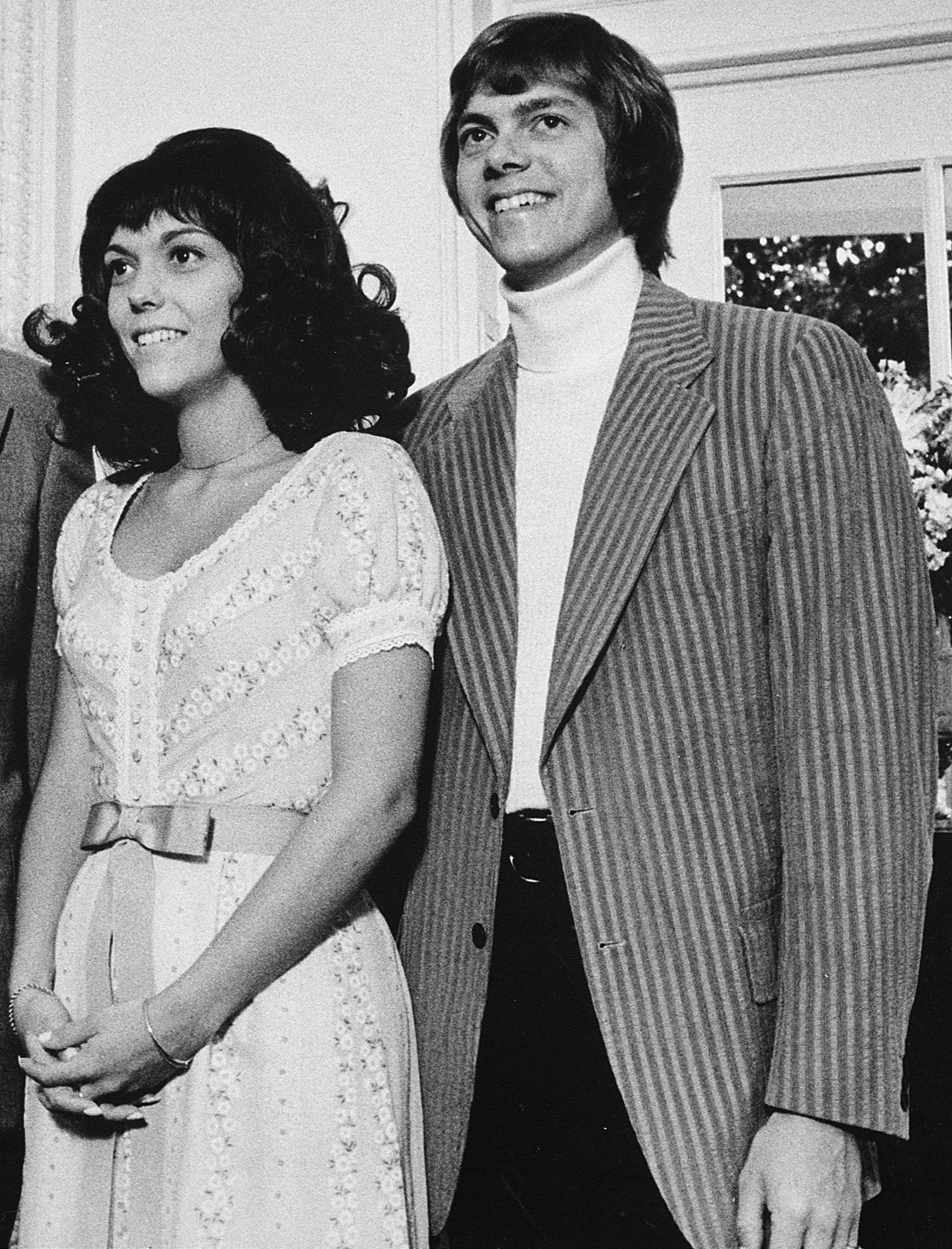 The Carpenters were an American vocal and instrumental duo, consisting of siblings Karen and Richard Carpenter.

Richard and Karen Carpenter signed to A&M Records on April 22, 1969, under the name "Carpenters".

In 1970, their version of the Burt Bacharach/Hal David song "(They Long to Be) Close to You" was released as a 45 RPM record single. It rose to No. 1 on July 25, 1970. Their next hit was with "We've Only Just Begun", which was written by Paul Williams and Roger Nichols.

A string of hit singles and albums kept the band on the charts through the early 1970s. Another Carpenter/Bettis composition, "Top of the World", was released in September 1973, and became Carpenters' second Billboard No. 1 hit in December 1973.

Their Now & Then album from 1973 contained the popular Sesame Street song "Sing" and the ambitious "Yesterday Once More", a side-long tribute to oldies radio.

Their album A Kind of Hush, released on June 11, 1976, achieved gold status, Their singles releases in 1976 were successful, but at this time, contemporary hit radio was moving forward with changing musical styles, which ultimately caused the careers of most "soft" groups like Carpenters suffer.

Richard sought treatment for his addiction to quaaludes at a Topeka, Kansas, facility for six weeks starting in January 1979.

Karen sought therapy for her eating disorder in New York City. In September 1982, she called her therapist to say her heart was beating 'funny' and she felt dizzy and confused. Admitting herself into hospital, Karen was hooked up to an intravenous drip; she needed to gain 30 pounds.

A Carpenters song may be found from this page.