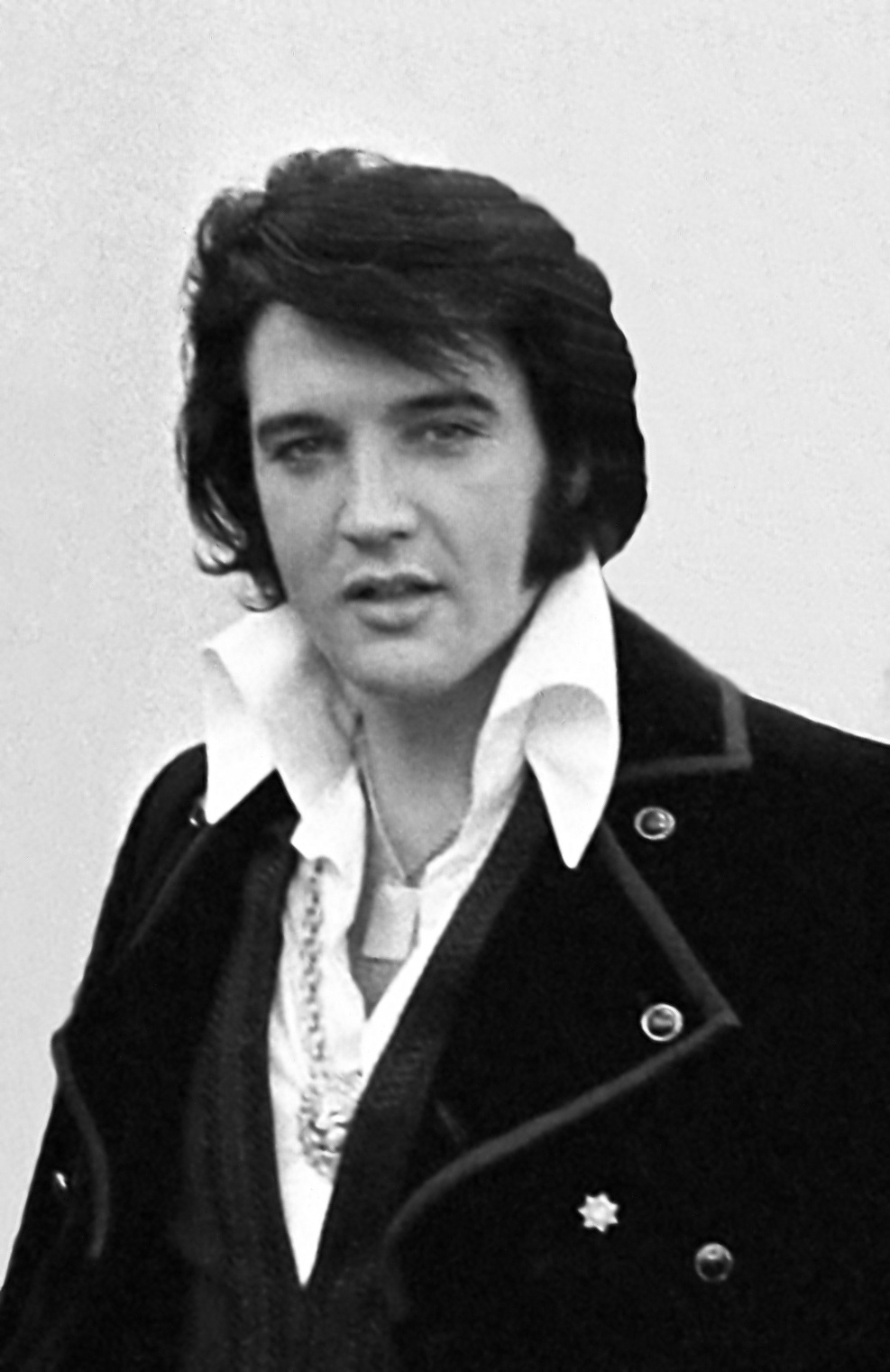 A cultural icon, he is widely known by the single name Elvis. He is often referred to as the "King of Rock and Roll" or simply "the King".

Born in Tupelo, Mississippi, he moved to Memphis, Tennessee, with his family at the age of 13. He began his career there in 1954, working with Sun Records owner Sam Phillips, who wanted to bring the sound of African American music to a wider audience. Accompanied by guitarist Scotty Moore and bassist Bill Black, Elvis Presley was the most important popularizer of rockabilly, an uptempo, backbeat-driven fusion of country and rhythm and blues. RCA Victor acquired his contract in a deal arranged by Colonel Tom Parker, who would manage the singer for over two decades.

His first RCA single, "Heartbreak Hotel", released in January 1956, was a number one hit. He became the leading figure of the newly popular sound of rock and roll with a series of network television appearances and chart-topping records. His energized interpretations of songs, many from African American sources, and his uninhibited performance style made him enormously popular—and controversial. In November 1956, Elvis Presley made his film debut in Love Me Tender.

Conscripted into military service in 1958, Elvis Presley relaunched his recording career two years later with some of his most commercially successful work. He staged few concerts however, and guided by Parker, proceeded to devote much of the 1960s to making Hollywood movies and soundtrack albums, most of them critically derided.

In 1968, after seven years away from the stage, he returned to live performance in a celebrated comeback television special that led to an extended Las Vegas concert residency and a string of profitable tours.

Prescription drug abuse severely compromised his health, and he died suddenly in 1977 at the age of 42 (...)

Some Elvis Presley songs may be found from this page.