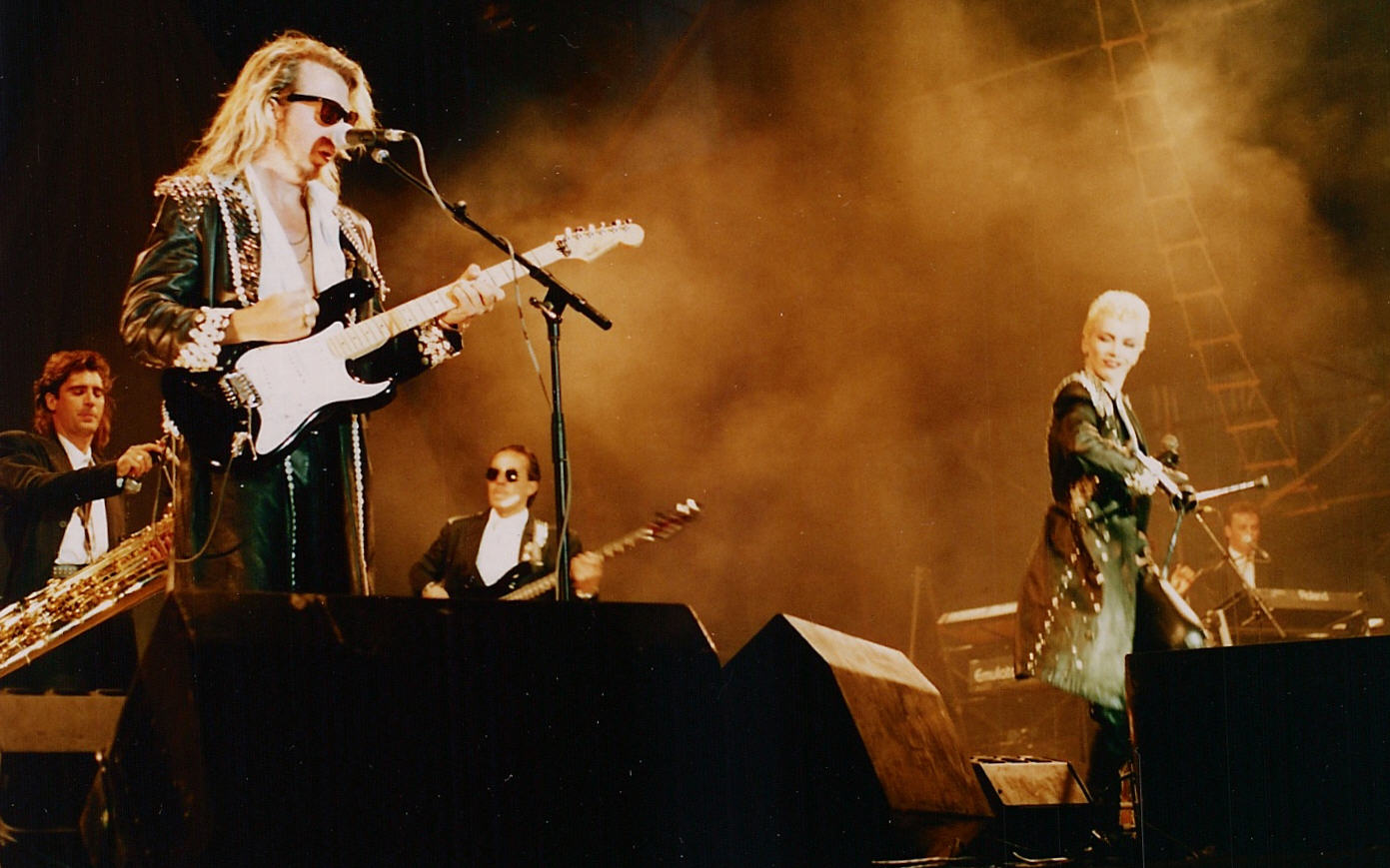 Eurythmics were a British music duo consisting of members Annie Lennox and David A. Stewart.

During 1982 the duo went to London and established a small 8-track studio. They began to employ much more electronics in their music and released three new singles that year: "This Is the House", "The Walk" and "Love Is a Stranger".

Eurythmics' commercial breakthrough came with their second album, Sweet Dreams (Are Made of This), released in January 1983. The band's fortunes changed immensely from this moment on, and Lennox quickly became a pop icon.

The duo quickly recorded a follow-up album, Touch, which was released in November 1983. It spawned three major hit singles. "Who's That Girl?", "Right by Your Side" and "Here Comes the Rain Again".

In 1985, The duo's next album, Be Yourself Tonight, showcased much more of a "band style" and a centred sound (with an R&B influence), with real drums, brass, and much more guitar from Stewart. It contained four hit singles: "Would I Lie to You?" , "There Must Be an Angel (Playing with My Heart)" , "Sisters Are Doin' It for Themselves"and "It's Alright (Baby's Coming Back)".

In 1989, Eurythmics released the album We Too Are One, The album was a return to the rock/pop sound of their mid-80s albums included the single "Don't Ask Me Why".

Eurythmics disbanded in 1990. In 1992, Lennox released her first solo album, Diva. The album was a critical and popular succes. Stewart, meanwhile, released the solo albums Greetings from the Gutter (1995), and Sly-Fi (1998).In the late 1990s, Eurythmics reunited and recorded a new album, Peace, which was released in 1999 (…)

Some Eurythmics songs may be found from this page.