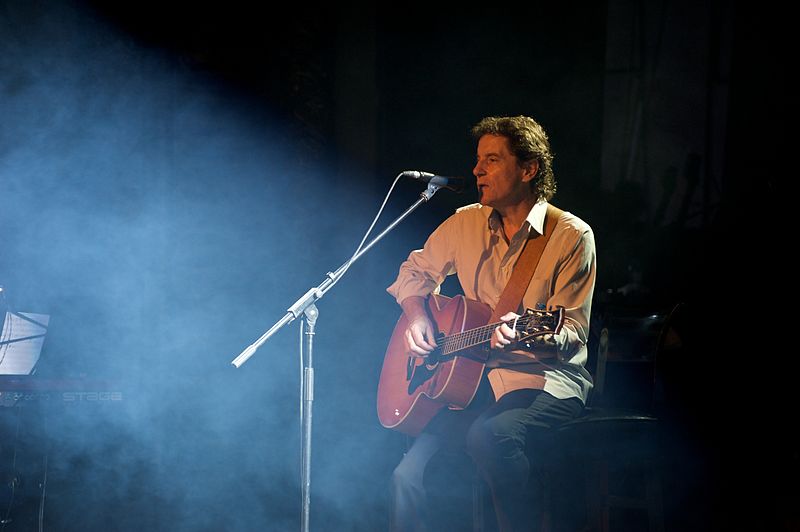 Francis Cabrel (born 23 November 1953 in Agen, France) is a French singer-songwriter and guitarist.

He has released a number of albums falling mostly within the realm of folk, with occasional forays into blues or country. Several of his songs, such as "L'encre de tes yeux" and "Petite Marie" have become enduring favourites in French music.

In 1989, Francis Cabrel's album Sarbacane was released. The singer spent months honing the new songs on Sarbacane to perfection, working out the musical arrangements and recording part of them in a makeshift studio he had set up in his own home. Sarbacane, undoubtedly one of Cabrel's finest works, proved an enormous hit with the public, selling almost 2 million copies. The singles "Sarbacane" (dedicated to his daughter) and "C'est écrit" also did incredibly well in the charts. By now Francis Cabrel had become one of the most popular recording stars on the French music scene and his life was one busy whirl of TV and radio interviews, autograph signing and promotion.

Meanwhile, Francis Cabrel continued his work on behalf of humanitarian associations and charities, taking part in the famous "Soirée des Enfoirés" to raise money for the Restos du Coeur (the charity set up by the late great comedian Coluche to help the homeless). He also recorded compilation albums with other French stars on behalf of AIDS charities such as Sol En Si (Solidarité Enfant Sida) and Urgence.

Francis Cabrel is involved in the politics of Astaffort commune in Lot-et-Garonne and was elected its councilor in March 1989 (...)

Some Francis Cabrel may be found from this page.