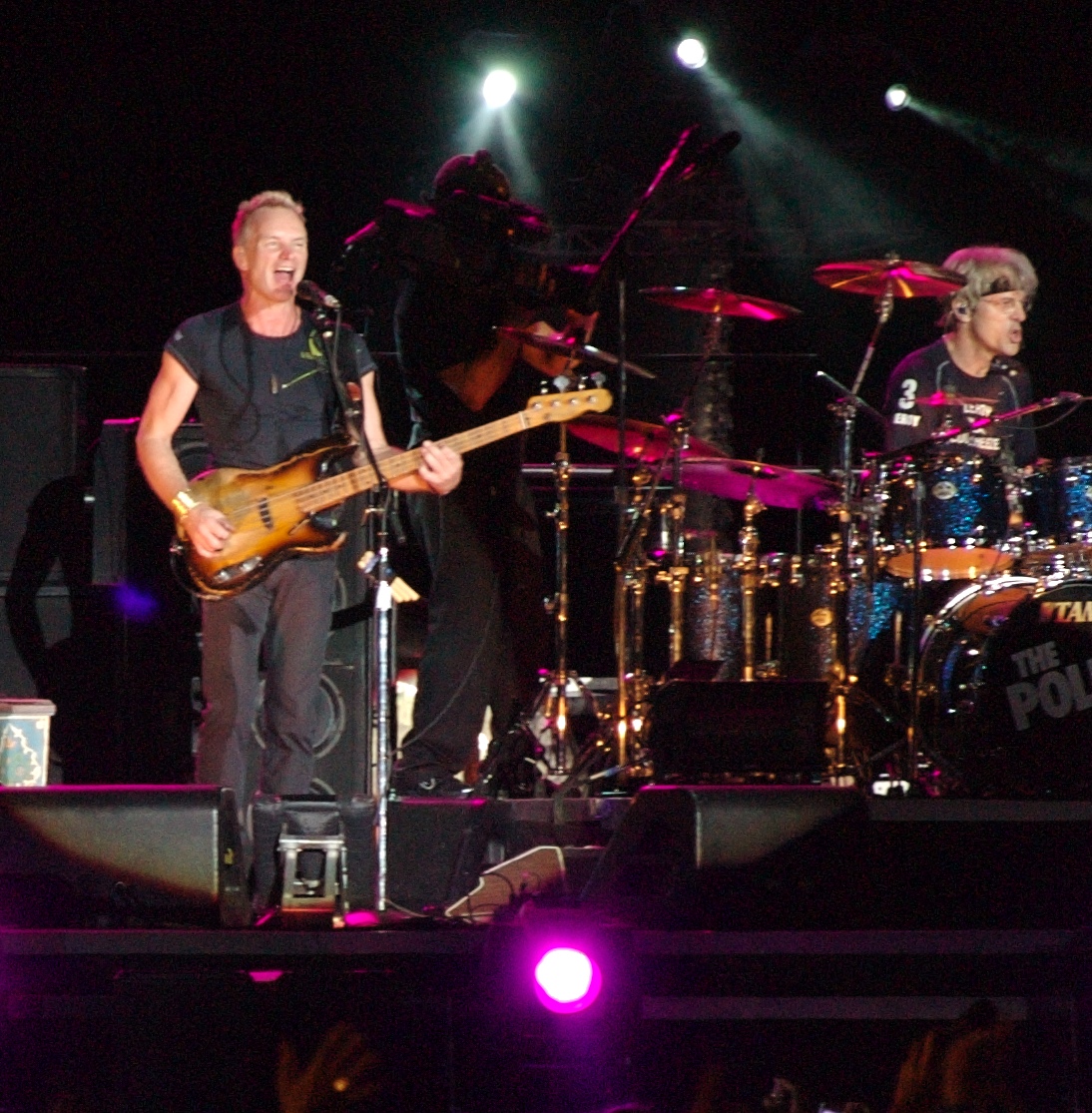 The Police were an English rock band formed in London in 1977. For the vast majority of their history, the band consisted of Sting (lead vocals, bass), Andy Summers (guitar) and Stewart Copeland (drums).

They recorded their first single "Fall Out" in February 1977.  The Police's first album, Outlandos d'Amour, was a hardship for the band, working on a small budget, with no manager or record deal.

Originally released in 1978, "Roxanne" was re-released in 1979, and it was then that the Police gained widespread recognition in the United Kingdom. In October 1979, the group released their second album, Reggatta de Blanc, which was a major seller throughout Europe. The album topped the British charts for four weeks and spawned the UK number-one singles "Message in a Bottle" and "Walking on the Moon".

The band's fourth album, Ghost in the Machine, was released in 1981. It spawned the hit singles, "Every Little Thing She Does Is Magic" (featuring pianist Jean Roussel), "Invisible Sun", and "Spirits in the Material World".

In 1983, they released their last studio album, Synchronicity, which spawned the hit singles "Every Breath You Take", "Wrapped Around Your Finger", "King of Pain" and "Synchronicity II".

The Police are generally regarded as one of the first New Wave groups to achieve mainstream success (...)

A Police song may be found from this page.