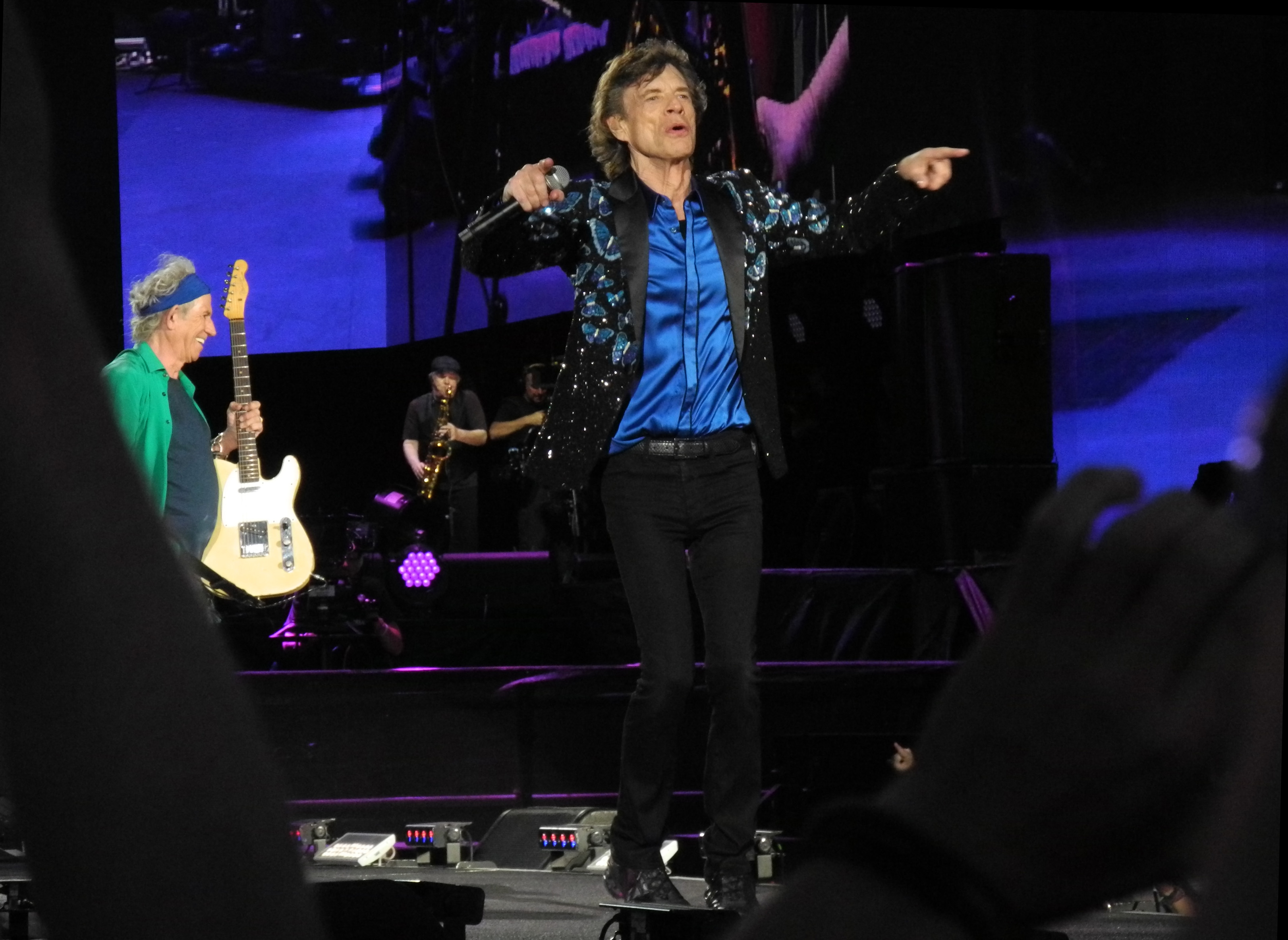 The Rolling Stones are an English rock band formed in London in 1962. The first settled line-up consisted of Brian Jones on guitar and harmonica, Ian Stewart on piano, Mick Jagger on lead vocals, harmonica and maracas, Keith Richards on guitar and vocals, Bill Wyman on bass and Charlie Watts on drums.

In December 1964 The Rolling Stones released "Heart of Stone". Their first international number-1 hit was "(I Can't Get No) Satisfaction", recorded in May 1965.

Aftermath, released in the late spring of 1966, included "Mother's Little Helper", "Paint It, Black" (US version), "Lady Jane" and "Under My Thumb ».

January 1967 saw the release of Between the Buttons with "Let's Spend the Night Together" and "Ruby Tuesday". In 1968, the album Beggars Banquet marked the band's return to their roots, with "Sympathy for the Devil" and "Street Fighting Man".

Let It Bleed was released in December 1969. It featured "Gimmie Shelter", "You Can't Always Get What You Want" and "Midnight Rambler".

On 3 July 1969, Brian Jones drowned in the swimming pool under mysterious circumstances at his home.

The double album, Exile on Main St. was released in May 1972. In 1973, the Goats Head Soup album spawned the worldwide hit "Angie".

At the end of 1974, Taylor quit the Rolling Stones. They replaced him by Ronnie Wood.

In 1978, the Rolling Stones released Some Girls, with "Miss You". The band released their next album Emotional Rescue in 1980. In 1981, the album Tattoo You included the lead single "Start Me Up".

Wyman retired in 1993 and Darryl Jones has replaced him.

The Rolling Stones' album sales are estimated to have been more than 200 million worldwide (...)

Some Rolling Stones songs may be found from this page.