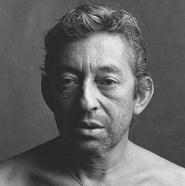 His first album, Du chant à la une! From which is extracted Le Poinçonneur des Lilas, first success in 1958, clashes, but was a commercial failure.

In 1965, following the writing for Juliette Greco (Accordéon, La Javanaise) and Petula Clark (La Gadoue) he meets his first success, but it is with Françoise Hardy (Comment te dire adieu ?) and especially France Gall that he will succeed in seducing a young audience. He then escaped as a performer the ghetto of "chanson française de variétés" (as opposed to pop) with Qui est in ? Qui est out ? which was largely broadcast in the program Salut les copains, giving him his full-fledged entry in the "yéyés".

End of 1967, he had a short but strong passion with Brigitte Bardot to whom he dedicated the song Initials BB after having written some emblematic titles: Harley Davidson, Bonnie and Clyde, Je t'aime... moi non plus. This title was first recorded with her as a duet in 1967 in a symphonic version. But it was made famous by Jane Birkin the following year. The original version, first kept secret by Serge Gainsbourg at the request of Brigitte Bardot, will be issued in 1986: it then also became a tube.

On the shooting of the film Slogan, in 1968, he met Jane Birkin for whom he will be again songwriter and who will leave her first husband, the composer John Barry, with whom she has just had a daughter a few months ago, Kate Barry. Je t'aime... moi non plus and 69 Année érotique were huge success. For ten years they will become a high-profile couple.

In 1979, his new album recorded in Kingston went platinum within months. La Marseillaise (reggae) generated media campaigns which he gradually became the object and affecting deeply his self respect.
Offended by the slander in the press articles against him, including about La Marseillaise, and feeling that he was a misunderstood artist, he took refuge in the nightlife and underworld, consuming more and more alcohol and tobacco and neglecting family life.
Nightclubs, binge drinking, noctambulism, physical decay ... He thus strengthened his legend of cursed, unshaven and drunk poet which sometimes earned him the admiration, sometimes disgust. In September 1980, after more than ten years together, Jane Birkin could not face the situation anymore and left him. From this period, he became a television phenomenon with his provocative and decadent behavior that will trigger several scandals.

In 1990, Serge Gainsbourg wrote the lyrics of the second album by Vanessa Paradis, Variations sur le même t'aime. This will be the last artistic testimony of Serge Gainsbourg. He died March 2nd, 1991, rue de Verneuil, following his fifth heart attack, occurred during his sleep.

Serge Gainsbourg wanted to be a painter. But he rose to prominence as an author-songwriter, addressing many musical styles. He also tried movie making and literature. He directed several films and music videos and composed over forty film scores.

Throughout his life, Serge Gainsbourg suffered from a sense of rejection and from the image reflected in his mirror. Over the years , he created a cursed and provocative poet image. The texts of his songs often played on the double meaning and illustrated his taste for provocation (Nazi Rock, Aux armes et cætera, Lemon Incest) or erotic (Les Sucettes, Je t'aime... moi non plus, Love on the Beat). Serge Gainsbourg also liked to play with literary references like Verlaine ( Je suis venu te dire que je m'en vais). However, he considered the song, and especially the song lyrics, as a "minor art". Yet he sometimes worked hard upon the poetic form of his texts.

During his life, Serge Gainsbourg has attracted singers and actresses, often renowned for their beauty : from Brigitte Bardot to Jane Birkin, with whom he had his third child Charlotte Gainsbourg (...)

A Serge Gainsbourg song may be found from this page.