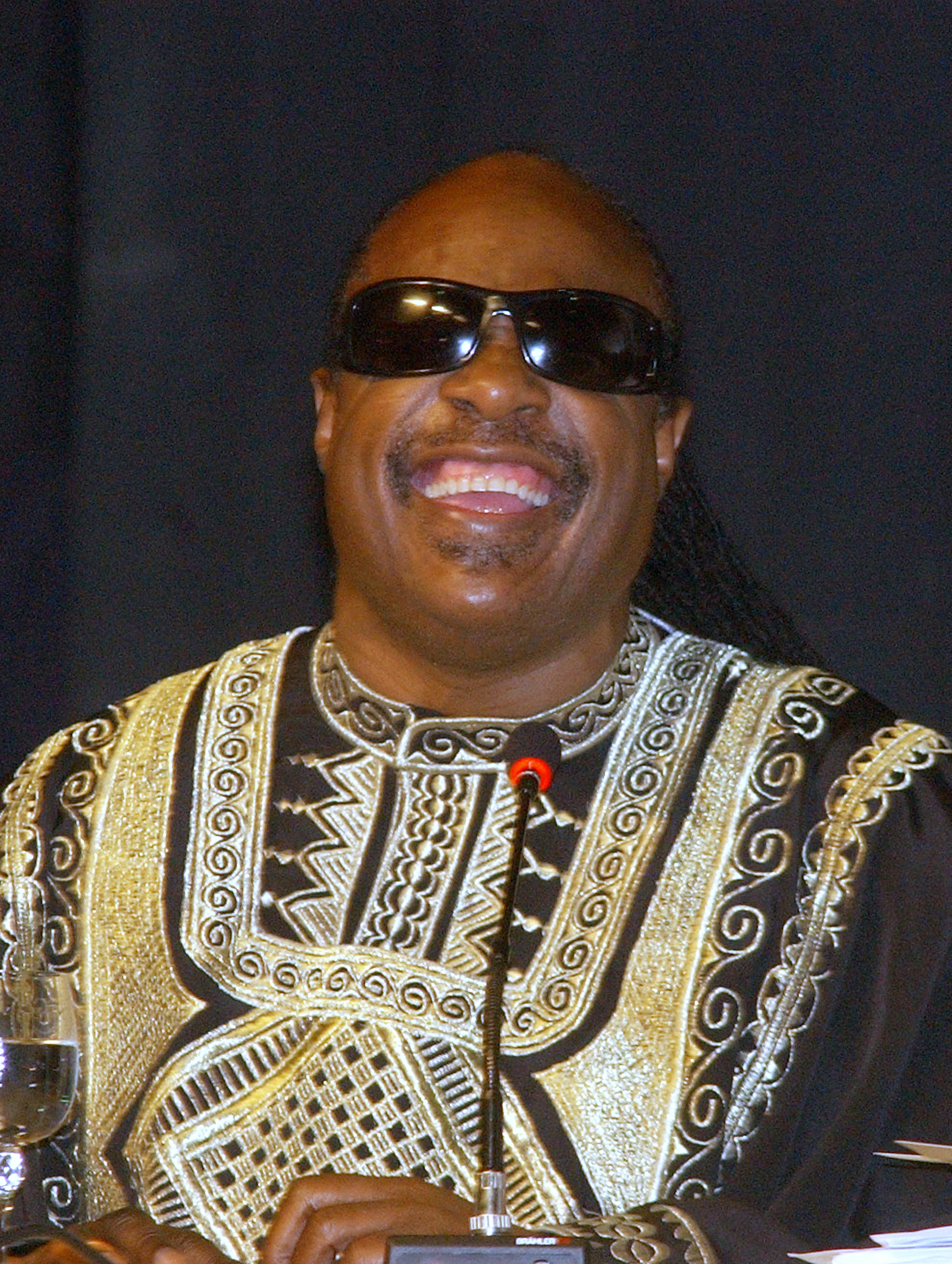 Stevland Hardaway Morris (born May 13, 1950 as Stevland Hardaway Judkins),known by his stage name Stevie Wonder, is an American singer, songwriter, and multi-instrumentalist, a child prodigy who developed into one of the most creative musical figures of the late 20th century.

Blind since shortly after birth, he signed with Motown's Tamla label at the age of eleven, and continues to perform and record for Motown to this day.

He returned to Motown in March 1972 with Music of My Mind. His lyrics dealt with social, political, and mystical themes as well as standard romantic ones, while musically Stevie Wonder began exploring overdubbing and recording most of the instrumental parts himself.

Hotter than July (1980) became his first platinum-selling single album, and its single "Happy Birthday" was a successful vehicle for his campaign to establish Dr. Martin Luther King's birthday as a national holiday. The album also included "Master Blaster (Jammin')".

He also gained a No. 1 hit that year in collaboration with Paul McCartney in their paean to racial harmony, "Ebony and Ivory".

Among Stevie Wonder's best known works are singles such as "Superstition", "Sir Duke", "I Wish" and "I Just Called to Say I Love You". Well known albums also include Talking Book, Innervisions and Songs in the Key of Life (...)

Some Stevie Wonder songs may be found from this page.