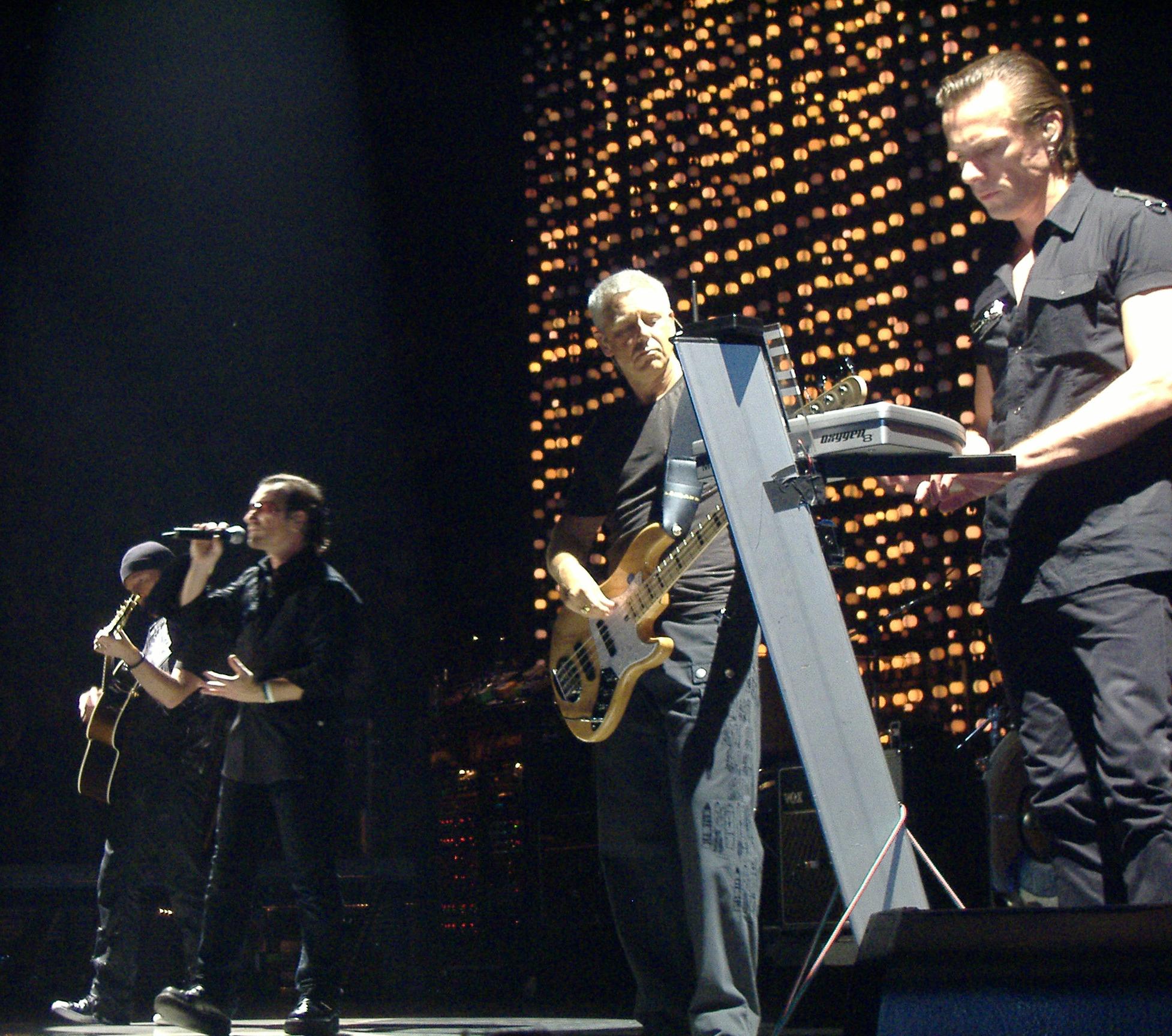 U2 are an Irish rock band from Dublin. Formed in 1976, the group consists of Bono (vocals and guitar), The Edge (guitar, keyboards, and vocals), Adam Clayton (bass guitar), and Larry Mullen, Jr. (drums and percussion).

U2's early sound was rooted in post-punk but eventually grew to incorporate influences from many genres of popular music.

The band's second album, October, was released in 1981 and contained overtly spiritual themes.

U2 released War in February 1983. The album included the politically charged "Sunday Bloody Sunday", in which Bono lyrically tried to contrast the events of Bloody Sunday with Easter Sunday.

They sought experimentation for their fourth studio album, The Unforgettable Fire, released in 1984.

U2 participated in the Live Aid concert at Wembley Stadium in July 1985. Their performance in front of 72,000 fans in the stadium was a pivotal point in the band's career.

For their fifth album, The Joshua Tree (March 1987),the band sought a harder-hitting sound within the limitation of conventional song structures. The first two singles, "With or Without You"and "I Still Haven't Found What I'm Looking For", quickly became the group's first number-one hits. U2 were more successful as live performers than they were at selling records, until their breakthrough album The Joshua Tree, which, according to Rolling Stone, elevated the band's stature "from heroes to superstars".

They released their seventh studio album, Achtung Baby, that include the song "One", in November 1991.

Throughout their career, as a band and as individuals, they have campaigned for human rights and philanthropic causes, including Amnesty International, the ONE/DATA campaigns, Product Red, and The Edge's Music Rising.

U2 have released 12 studio albums and are among the all-time best-selling music artists, having sold more than 150 million records worldwide (...)

Source of the introducing: WIKIPEDIA

Some U2 songs may be found from this page.