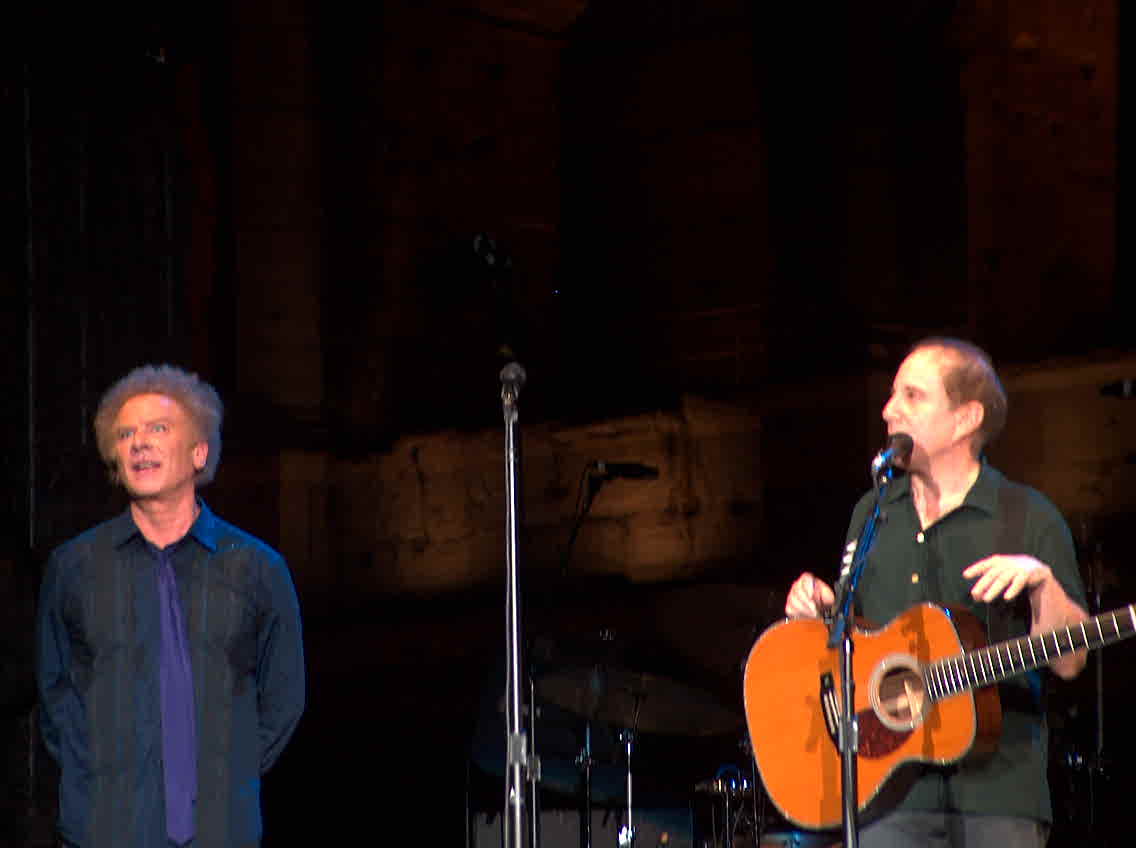 Simon & Garfunkel were an American music duo consisting of singer-songwriters Paul Simon and Art Garfunkel. They formed the group Tom & Jerry in 1957.

As Simon & Garfunkel, the duo rose to fame in 1965, largely on the strength of the hit single "The Sound of Silence". Their music was featured in the landmark film The Graduate (1967), propelling them further into the public consciousness.

Their sometimes rocky relationship led to their last album, Bridge Over Troubled Water, being delayed several times due to artistic disagreements and as a result the duo broke up in 1970. It was their most successful album worldwide to date, peaking at number one in several countries, including the United States.

Simon & Garfunkel have, at times, reunited to perform and sometimes tour together. They have done so in every decade since the 1970 breakup, most famously for 1981's "The Concert in Central Park", which attracted more than 500,000 people, making it the 7th-most attended concert in the history of music (...)

Some Simon and Garfunkel songs may be found from this page.